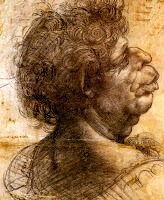 First of all I have to say two things: 1.) Beside the 'fact' (I just write 'fact' instead of fact because this is something where I believe- and hope- that it's the truth and true but where I really honestly don't know it- and yes, I'm currently just too lazy to go surfing and ask the almighty Google gods for their helping hands... like I'm pretty often too lazy to do this stuff) that this band is coming from San Antonio I don't know anything about them; 2.) I (also) can't tell ya where, when and how I got aware of them but somehow for quite a while now already this two track demo of them is part of my harddisc. Ah, and one third thing I can also tell ya right here and now from the very first beginning: 3.) This one here is their 'newest' demo (and maybe their debut release, but this again is something that I just can't really tell you anyhow just because I don't have a single clou), through and through D.I.Y. stuff (for all what I know) and it was also or maybe even solely released as a MP3-Download officially and for free by the band itself and you can get it by downloading it from their Bandcamp site (and as usual in cases like this the link to this their Bandcamp site I will give ya as the closing line of this review). Yehp, and that's it with every possible introduction word(s) to them and it and so now here we go again and ahead (or what the fuck else ever): RAPID EXPANSION are a (for all what I know or- maybe better- for all what I think to know) San Antonio based band that's playing some very cool and suprisingly fresh Stoner Rock and Doom Metal cocktail with huge doses of some good old yet damn fresh'n'young Drone worked into it. We get two songs on this one here, the nearly eighteen to twenty minutes long "GROTESQUE" and the around three to four minutes long "THANKSGIVING DINNER". What's great is the fact that by looking at the- btw damn disgusting cover art- you might expect some neurotic and psychotic Doom Metal cultivated with huge doses of dopesick and (self-) aggressive Sludge Core and made round by heavy and sinister Stoner Rock and massive Drone components integrated in it all...: Ha, even some of the named styles of music (forget totally about the Sludge Core) are damn right and truly to be found in RAPID EXPANSION's music and also even it's really some damn heavy and very nice and very good droning (and also 'grooving', we shouldn't forget about this component) affair, and also huge doses of some psychotic'n'neurotic sickness are to be recognized without any doubts but it's all no heroin infected downward spiral posse and (like I've already mentioned) there's absolutely no crazed'n'dopesick Sludge (Core) to be heard here. Instead of this it's all really pretty buoyant, nimble-footed, dashing and detached especially for that specific kind of music. And that's also really pretty damn cool and exciting, also somehow some sort of some truly fresh stuff. The foundament of the music of RAPID EXPANSION is heavy and very grounded, down paced and down tuned Stoner Rock that's combined with hard and massive Doom Metal notes (pretty Old School, at least that's what I would say, and so also the riffing reminds me sometimes of the legendary BLACK SABBATH even it comes without that occult sinister atmosphere for what that band became groundbreaking and- for a lot of people back then- also lifechanging) and loud and long droning moments (especially if ya take some good listens to the guitar playing). Ah, and did I already mentione(d) that RAPID EXPANSION are (at least on this one here) a pure and through and through instrumental (playing) band (beside some- totally misplaced and also pretty disturbing- "Yiah!" and "Whooaa!" chants in "THANKSGIVING DINNER" no 'vocals' are to heard here on this one)? Nah, did I not so far, ha, but okay, at least latest now. So without vocals the songwriting and the work at and with the instruments gets pushed even more into the spotlight and especially the tight and also pretty fresh and lively varying songwriting (combined with above described for this genre(s) untypical kind of atmosphere that rules the songs) really is a great done job by the band and also the guitar riffing is really damn good (a massive wall of sound, between Rock'n'Doom and rockin' and groovin' and dronin' like hell) so that all is working pretty good at the end. The rhythm section does also a really good and better job, leaving no blank space open for 'holes in the songs' so that all is totally 'filled up'. So, all in all, just thumbs up for this band and release here even it all could have been done in some way somehow more grapping and 'long-time' fascinating as well as maybe somehow even more interesting (but maybe this is also just because I usually don't like only instrumental music no matter how good or bad or maybe even great it's all may done after all, this could be possible) if you ask me but anyhow this is a damn good release by a pretty promising band that I will try to keep an eye on seriously. If you like the above described type of music then I really recommend this band and their current two track demo honestly to you and you should really desperately check it out promptly. Damn good stuff, so check it out and I'm really looking forward to hear more from them!!! Ah, just for the record I'll close this one with saying that the artwork sucks, haha;-), and that the production sound really works out damn good, ah, and also just for the record, no vocals, no lyrics, and that's it. (8 of 10 points)
(http://rapidexpansion.bandcamp.com/album/rapid-expansion)
Eingestellt von Manslaughter-Andy (aka Andy Sinclair @ Facebook) um 23:20