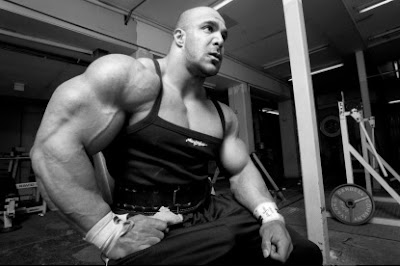 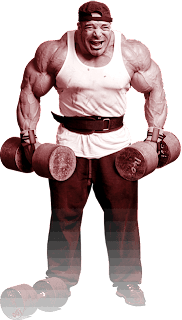 Hey folks, after this year finally saw the rebirth of interviews as well as finally also of the ''American Oi! History Series'' again up here on the blog it's really about time for also the ''Sports'' category to come back to life up here in a proper way as well. The last really weighty and valuable post is now already one year- if not even older- old or something like this (I'm talking about the DEXTER JACKSON tribute post, done last summer) and it's really more than only about time that finally a new ''Sports'' post with weight and of value is coming up ready to read here. Btw, I think I will concentrate even more than before on Bodybuilding in the category of ''Sports'' up here, just that you know about it. And after I'm sick respectively ill today I have all the time to do it all so here we go. First of all I wanted to do tribute posts to the currently ruling Mr. Olympia, PHIL HEATH, as well as paying tribute to KAI GREENE as well. Also FLEX LEWIS is up on my list way up high beside some other impressive guys like STAN EFFERDING and JOHNNY JACKSON, also LIONEL BEYEKE, RONNY ROCKEL and TONY FREEMAN are on it. But I decided to wait with every single post of this ones (we will see wich of them will ever be finally realized in the future of this blog) until the this years Mr. Olympia is through. Also maybe the tribute posts to BRANCH WARREN, DENNIS WOLF, JAY CUTLER and also DEXTER JACKSON will finally be updated one more or less soon day. A lot happened since I wrote the most of them/it. And also legendary icons like ARNOLD SCHWARZENEGGER, DORIAN YATES and RONNIE COLEMAN should and will really become a part of this blog and the ''Sports'' category on it up here one future day. Maybe also a review on "PUMPING IRON" and other Bodybuilding and Training/Workout DVD's will follow. But about this I'm not so sure, so this is a big "maybe" if you you got what I want to say. Definitely I will post a based on self-experiences done Supplement check up here backed up by some almighty support from the planet of Eternia and like it's currently planned this will become a posting category of its own and not just a part of the ''Sports'' category up here and it will come up here pretty soon in the near future of this very blog here. We will see but stay tuned for it. But the next post, after this very one here, will feature and will pay tribute to a young and upcoming champ in the world of IFBB Pro Bodybuilding who's maybe one of the biggest promises ever in this sports. But this is the next post... 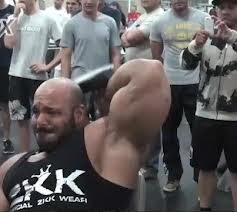 ... and this brings us finally to this very post here. I will pay with this very one here tribute to one of the biggest Mutants and Freaks in IFBB Pro Bodybuilding of today and maybe also of ever respectively of all times right from the very beginning up to this very present day. Taking on the world from out of the United Kingdom and roaring out of the dephts of the british Underground Gyms and U.K. Hardcore Bodybuilding, also suffering through a massive and in other cases like him pretty much career ending injury couldn't stop him and while he also writes a monthly column in the "FLEX MAGAZINE" (at least in the german issues, because others than that I don't know respectively I don't read) he's now also finally back on track and he's coming back stronger, bigger, meaner and weirder than ever before. You know who's the guy that's in the focus right now? Right, it's the mighty and already by now legendary ZACK "KING" KHAN, the ultra-freak and über-mutant!!! Great that he's back, damn much respect for it, yeahr, and so here we finally go, the monster's unleashed again!!! 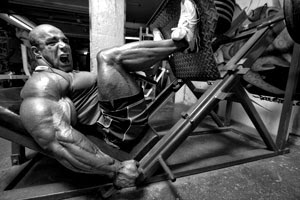 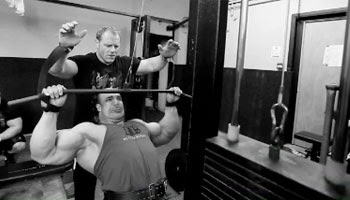 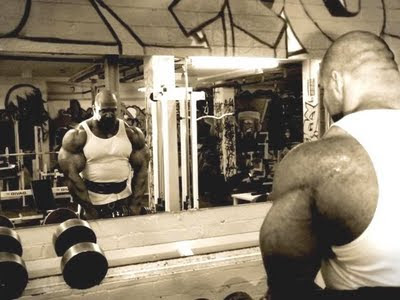 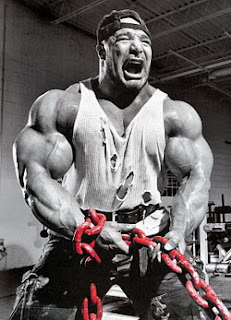 In his civil life ZACK "KING" KHAN is known as well as ZACK KHAN and was born on the first of July in 1980 in Kashmir in Pakistan. He respectively his family finally moved to England and he lives today still there and this precisely in Sheffield where he lives, works and works out. He works in the office of the regional or local employment agency as well as he created his own clothing line that you can go and shop and buy on his homepage (http://www.zackkingkhan.com/Default.aspx) and there he also offers personal trainig dates and series of this as well as nutrition, supplement and workout help via mail, facebook and skype contact. for pretty fair prices (if you ask me). He got into bodybuilding back then because he saw what great guys like the almighty and legendary ARNOLD SCHWARZENEGGER as well as the great SLY STALLONE had done and was highly impressed with what they and the likes of them made out of their physiques, something that he really admired and so he wanted to do as them as well and so he started lifting weights and pumping iron. He also done boxing back then but he should quit it on the way from then on due to the boredom he experienced in it and sticked with the cold steel, rusty iron and heavy weights in the Underground Gyms. At first he was just doing it all for himself and so when after a year of hard and couraged training some guys said to him that he should compete he said "No, thanks!" to them. Finally the guy who was running the gym where he was training and working out back then settled a Bodybuilding competition together and finally ZACK KHAN should decide to compete. He won the classes of ''18 and under'' as well as ''21 and under'' and enjoyed the competition and his triumph and after this he started to doing more competitions, aiming at going professional one day. His motivation for hard workouts and the life of one of the most extreme Hardcore Bodybuilders ever and today is the bad mouthed cheap shit talk people talk with a slur about him. 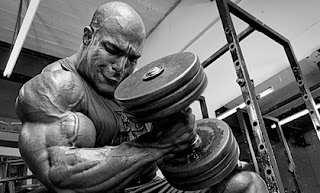 So he pumped iron like hell and from 1997 on he started to enter the stages to flex his body and muscles. In 1997 he should win "A.N.B. JUNIOR U.K."to head to win 1998 in Mansfield the Junior category and to score in 1999 at the Mansfield "PLACE MEN'S HEAVY WEIGHTS" ranked at position no.# 3 to make it in 2000 at the same place and competition to position ranked no. # 2. After this he took a time out from doing Bodybuilding competitions and returned in 2005 to come back with a rank # 2 at the 2005's "BRITISH CHAMPIONSHIPS" in the heavyweight class. Not bad, keeping the five years in between the two competitions in mind. At the same place and competition he scored again at position ranked no. # 2 in 2006 and 2007, in 2008 he just scored at the same competition at position ranked no. # 4. After this he rearranged a lot, changed work out, nutrition and supplements and in 2009 the hard work finally payed of when he triumphed at the "BRITISH CHAMPIONSHIPS" that were dominatd by him and won the heavyweight class as well as the overall rating class of the competition. After this all signs for ZACK "KING" KHAN were headed to go professional finally and also nutrition and supplement sponsors become very aware of him, like for example his main sposnors in "NUTREX NUTRITION" that also gave him an own web site (http://underground.nutrex.com/). (And I think that "AMI/WEIDER" are also sponsors of him.) Also the "FLEX MAGAZINE" gave him massive support... but then bad luck beated and battled him down to the ground. In 2010 during a massive, hard and heavy leg work out he unfortunately detached his tendons above his right and left knees and this injury not only meant that his Pro Bodybuilding debut had to be drastically shifted to an unknown date and also he was out of it all, he even had to learn to walk and get up again when he was doing his rehab for a long while. But while maybe everyone else would have drastically backed down and quit ZACK "KING" KHAN really and truly came back and spit fate right into the ugly face and here he is again, pumping iron to come back stronger than ever before and to take the world of Professional Bodybuilding by storm. Incredible damn much respect for his comeback and honestly I can't express how much I think this is incredible and just phenomenal. From a based on sports kind of view. All my respect to ZACK "KING" KHAN, the mighty incredible beast that refuses to back down to anyone or everything. Respect man, just respect!!! He attended this year the "FIBO" in Essen, Germany as a special or some sort of an V.I.P. invitational guest and toured the U.S. as well as South America for many weeks with big success and so all signs are up for a really comeback and a great real starting point finally for his Pro Bodybuilding career. It promises a lot, he promises a lot and I wish him all the best for the realization of this. The ultimate mutant is out on the attack and he's hungy and angry and fucking weird and so better watch out!!! 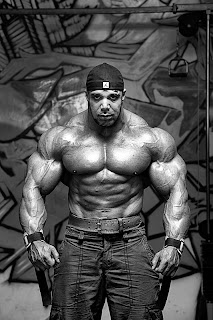 He's currently working out with a four days training split, training his back at monday and his chest and biceps at tuesday, while taking off wednesday. On thursday he returns to the gym to train his shoulders and triceps and putting himself on friday through the hell of a massive leg workout, and taking after this the weekend off to return at monday to the gym for setting his back finally on fire again to kick off his next workout week. His training is through and through a very intense Hardcore Bodybuilding workout schedule and nothing for the weak-hearted. His weight is off-season around 300lbs., while his season weight normally is around 270lbs. The ambit of his msucles is around the following data: Chest = 58''; Arms = 23''; Waist = 34''; Thighs = 31''; and: Calves = 20''. Signs show a lot of a promise, hopefully- really hopefully- injuries won't hurt ZACK "KING" KHAN again so that he can live up to the realization of this promise: ZACK "KING" KHAN future Mr. Olympia!!! Yeahr, why not?!?

That's it for this very post, hopefully you enjoyed reading it as much as I enjoyed writing it, and now you get some videos of ZACK "KING" KHAN to close this article. And watch out and stay tuned, for this year's Mr. Olympia as well as for the next upcoming ''Sports'' post(s) up here. And never forget: TRAIN HARD, FEEL GOOD!!! NO PAIN, NO GAIN!!! 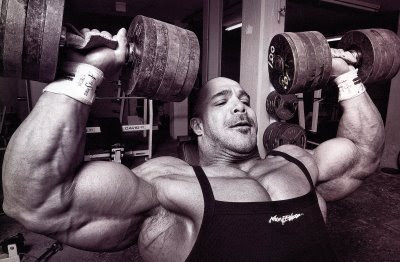 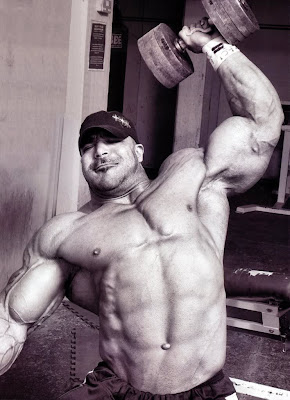 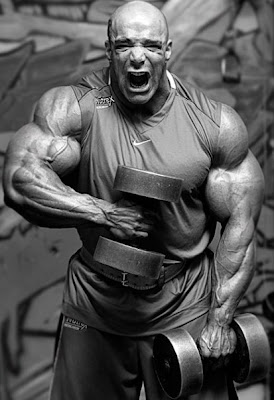