... you're a soldier on the frontline, like the youth of yesterday, you're standing in the crossfire and you're living day by day... 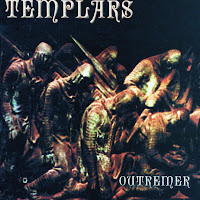