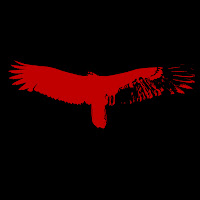 What a bomb, a - for what I understood - band coming from Hillsborough, New Jersey/U.S.A. totally dedicated to destructive sinister metallic Crustcore, this is their current studio album release featuring three songs in about nine minutes and being if you want so back upped by a "SUMMER TOUR DEMO 2012" album and being the follow up release of their "HUMAN SUFFERING IN FIVE MOMENTS" pecursor album, all releases are - for what I know solely - released as official MP3-Downloads on the Bandcamp site of the band put up by the band itself an released so far al in 2012, and as usual in cases like this you know about how the story goes and so that you will find the Download Link at the end of this very review here. I've stumbld upon thisbad recently on my search through the web for some at least to me new interesting and promising bands, and DISOBEY really live up to the fullillment of this intent of me. DISOBEY are a Crustcore band, and another great one that I discovred recently. But even if you now maybe expect, for example by just judging by the name that is DISOBEY, to get a full load of Old School dirty D-Beat fueled punky Crustcore then you are damn wrong. Surely you can and will also find some healthy doses of good old D-Beat ramapage and surely a lot of apocapytic sinister Crustcore attacks, but this band really offers far more and given the chance to do so they could become something big and fresh in Custcore like WOLFPACK/WOLFBRIGADE and TRAGEDY for example. Blending sick and gloom, sinister and apocalyptic, brutal and aggressive Crustcore with totally destructive and psychotic, twisted and evil Sludge Core and intense doomy über-heavy Stoner Rock impressions, melted together with and by Noise fueled and induced heavily distorted ultra-hard obscure Rock and cultivated through the use of some doses of brutal, aggessive, desperate and dark (Death/Black) Metal massacres, as well as proggressive avantgarde NEUROSIS like infuences are clearly to get. So name them modern or proggressive or metallic Crustcore, how-ever, DISOBEY are a incredible great band that you need to know. Diverse and multi-layered and varying a lot, grapping and suprising songwriting, interesting approaches to and behind it all, damn high skilled musicians and songwriters here in DISOBEY at work. That's just great!!! The fucking heavy and powerful, noisy distorted and sick, atmospeheric as well as sheer brutal and total aggresive guitar work is really shining, even it shines in a sinister gloomy dark desperate cold light (to say something about the atmosphere), the suffering, suffocating shouted throaty anyhow brutal and insane desperate lead vocals melt it all together, and the stunning massive and more than just well-versed rhythm sections backs it all very beefy and bulky and sheer massive up. A beautiful coverartwork we get here as well, also an intense interesting lyrical approach is for what I see and hear here given, and the clean and clear, yet earthy and warm poduction sound is just pure gold. What shall I write more, get it, it's a damn great release. And please someone give this band soon a fair record deal. Highly recommended!!! (9 of 10 points)
(http://disobey.bandcamp.com/album/disobey)